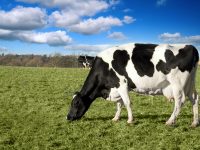 This is a brief summary of some of the topics that were discussed at our Dairy Seminar held in the Rathkeale House Hotel on 21st Dec 2016.

The guest speaker was Jim Uprichard from Trouw nutrition. Jim is a well respected nutritionist that has a lot of hand on experience with Irish dairy herds both North and South of the border.

We discussed world markets briefly and the information coming back from dairy production globally is that most countries in Europe produced less milk last year than previously. Our neighbour the UK was down 6%. Ireland was up just over 2%. The cost of producing milk in China is still over 4o cents per litre which means they are a good deal away from not depending on Australasia milk suppliers.

The US is the big change in that they are increasing their milk output but that is coming into line with their ever increasing population.  If you extrapolate out the Global price of all the Milk byproducts and work backwards to a farm gate price it amounts to around 31.5 cents per litre. We are not there yet but we are on the way.

Brexit was also discussed. It appears that this is a very difficult one to call as it appears that there is no plan to keep those that voted to Leave happy now that the Leave campaigners have walked away from government. If they go for a Soft Brexit it will be the least change for us as EU members.

If they go for a Hard Brexit it means that we as members of the EU will have to wait on any trade deals to be negotiated with the EU as a whole. We could not negotiate on our own with the UK as an EU member.

One would imagine a soft Brexit is more likely but then again most of us thought that they would vote to remain also.

Animal Nutrition was the heart and soul of the seminar really.

Jim outlined a range of different issues that we discussed.

One of which was that Body condition scores on cows seem to be back a little (0.5) across the country. This is probably from the extended grazing in the last month and grass quality maybe not being as good as was thought.

Jim recommended feeding a low protein high maize dairy nut in spring as the best value per unit of energy. Ideally a nut with Maize, Beetpulp, Soya Hulls for fibre a little Barley and maybe a rumen buffer to try to offset the problems with grazing fresh grass.

Calf development was discussed at length with a comprehensive step by step look at the TROUW lifestart calf programme. A number of very interesting things were discussed such as:

We also had a questions and answers session where a number of good questions arose.

Issues around Cows eating stones and licking clay and the causes of it. Was it really a Phosphorous deficiency or could it be Acidosis?

What type of milk replacer should you feed?

The value in feeding low potash silage to dry cows before calving.

The meeting finished up with complimentary teas and sandwiches served afterwards.

We at Crecora Mills would like to thank Jim Uprichard and the Rathkeale House hotel for their help and expertise in running another enjoyable and informative Dairy seminar.