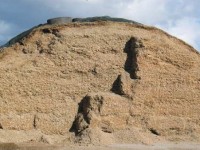 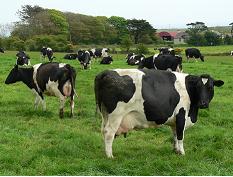 We all want healthy productive cows. Can we act today to ensure we have them?

farmers with problems at calving and after.

From retained placentas, loss of condition coughing up cuds and weak cows these problems are starting to stack up and cost farmers dearly.

We had signalled these problems as far back as October and November and had suggested plans to minimise these risks but not everyone has taken the advice.

So how do we solve problems at calving?

Retained placentas are a huge issue. One of the main causes of this is usually hypocalcaemia caused by excess potash in forage. This High potash Silage has the effect of limiting the cows ability to mobilise calcium around calving time. Late and excessive application of slurry on silage ground in the spring contributes to high potash levels in the forage. This high potash forage should not be fed to cows in the month before or after calving. Instead when cutting and baling paddocks that did not receive slurry during the summer you should put these bales aside and mark them for use around calving.

Also any forage will not contain the necessary trace elements and minerals to ensure a cow is protected from metabolic diseases such as hypocalcaemia. She needs a quality pre calver mineral along with good quality forage. Where forage quality is lacking and there are high levels of forage refusal you have to supplement with concentrate.

Weak cows was unfortunately always going to be a problem. An early drying off and a very long dry period meant that cows were gaining or maintaining condition on silage. This is fine when intake levels are high and she has the capacity to take in high levels of forage. In the last 2 months of gestation the cows feed intake is cut drastically due to the developing size of the calf causing her rumen to shrink. This reduction in feed intake means a lack of energy in her diet and a sudden and drastic loss of condition and health can occur. This loss of energy in her diet means she is weakened at a time when she is most vulnerable. We have formulated a high energy, high protein, pre-calver feed called SmartCalver specifically to combat this situation. It is designed to be fed at low levels from 2 to 4 kilos. It will help to minimise the energy loss at calving and should reduce the incidence of problem calving if fed correctly. One lost cow due to retained placenta, or hypocalcaemia would pay for a lot of Smartcalver.

We have also seen and heard of a lot of digestive upsets and cuds being thrown up. there has proven to be an amount of poor silage made last year. The preservation on it is very variable. On asking farmers about the silage you are told it is super silage but yet the average DMD results coming back from labs are in the 64 to 68  DMD region. There is also a lot of secondary fermentation going on in pit silage due to the dry and stemmy nature of some of last years pit silage. Air is permeating the pit once opened and fermentation is beginning again. Test your silage to see is it warm when you take out a grab from the pit. Feed fresh silage once a day and clear refused silage daily. If the cows will not eat it willingly and the farmer is trying to force them to clear it out the farmer is only codding himself that he is providing adequate energy to the cows. Expensive problems in this scenario are inevitable.

I always go back to the fodder crisis year where we had the worst silage on record, we did not have enough of it and we had the worst spring in years with some cows not getting out to grass till June. In that same period we had the highest conception rate, the least calving problems, the highest milk volume and solids ever produced in the republic and the most compact calving pattern the following year. All on foot of being forced to feed an adequate amount of quality, balanced feed with adequate levels of trace elements, vitamins and minerals. Good quality fodder is vital to economic farming but equally an understanding of the limitations and risks associated with variable quality fodder have to be addressed before it is too late and cows are being lost in the yard.

The take home lesson today is to step back from your farm at the moment and look at the quality of fodder you are feeding along with the feed intake of your cows. If you think you may have a problem, act on it now rather than wait till it gets worse. As always we are available for advice and help to solve any of your problems but we would love for there to be no problems in the first place!!